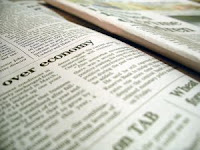 GOP Spent Funds At Club, Lavish Hotels and Voyeur West Hollywood.
The Republican National Committee is out raising money for the next elections.  Fundraisers at their finest.  $12,000 on limo's - $1,900 per night at lavish hotels - $Stupid Amount to charter private jets - oh and yes $2,000 at Voyeur West.  For those of you who are not in the loop on "Voyeur Clubs", this club features Lesbians and Bondage.  Do those Repub's know how to throw a party or what!  I am so looking forward to see what the Democratic National Committee is going to do to top this, because you know they can.  Oh and before I forget, Dubya (our former Prez) was seen in the corner at Voyeur holding hands with the Saudi Prince.  ;D
Breaking News:  Ricky Martin admits he is gay.
Ricky, honey, we all got that memo a while back.  We still love you and if it brings attention to your foundation, you go for it.  Ride that wave Ricky!!  www.rickymartinfoundation.org
Gretchen Carlson Highlights Tea Party Fashion Site: Cool Conservative Gear
Gretchen Carlson on Fox News interviewed two "stay at home Moms" who have started their own little company called Cool Conservative Gear.
"Betsy hosted this wonderful home party, we had Fox News on in the background, some conservative books and magazines lying around, and some wine, it was great....our friends came and they shopped!" the founders said of their launch party, which sold 100 t-shirts."  (I just love the "some wine" quote.)
You know if it was me and my bitches it would be "Nubian hosted this wonderful drunk fest, we had some crazy, kick ass music playing in the background, books and magazines on hugging trees, saving the environment and how to make your own compost from the WTF emails you get from your conservative friends, crates of wine and awesome food made from bark, grass and nuts!!" What Gretchen failed to mention was that one of the "stay at home Moms" happens to be Vice Chair of the GOP Third Congressional District in Minnesota.  Stay at home Mom my ass!
Sarah Palin takes on 'language police'.

Mrs. Palin posted the following map on her website after the new health care reform bill was passed. Please note the gunsights strategically placed over States where the Senators/Congressmen reside. 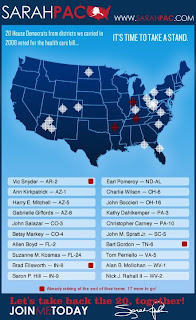 She also posted the following statement:
Every possession is a battle; you'll only win the war if you've picked your battles wisely. No matter how tough it gets, never retreat, instead RELOAD!
Mrs. Palin is claiming that these posts are not to incite violence, she is just trying to make a point to stand up and vote and just because she used the word 'reload' it doesn't mean to literally reload.  Yeah doofus, like retard and retard are two different meanings depending on who said it?  I don't think that Mrs. Palin ever did get to the public speaking portion of class where they tell you to uhm, know your audience?  Hey Palin, a percentage of your audience are NRA (National Rifle Association) members, you know the ones that have the bumper sticker "you can have my gun when you pry it from my cold, dead hands".  At this point, I am slightly amused, but only slightly. 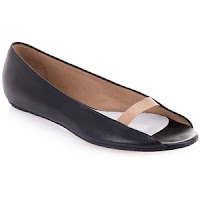 I received the following email today.

Barack Obama enjoys living like a king, so why shouldn't Michelle Obama live like a queen? The First Lady was photographed in Hawaii wearing $635 per pair designer shoes by Maison Martin Margiela.  A woman lucky enough to have a job in this economy and working for the federal minimum wage of $7.25 per hour would have to work 88 hours (without taxes taken out) to make enough to pay for Michelle Obama's shoes.
Obama has lectured Americans about how they can not expect to live their lives as indulgently as they have in the past.. He has lectured businesses about their travel and pay. Yet Obama and his wife live like kings and queens.  The news media has yet to call him out on his extravagance when there is 10% unemployment with no sign of the employment picture improving this coming year.  The way they spend OUR MONEY is an insult to every hard working citizen of this country. GREED is their CREED!  Please send this to everyone, including Politicians, to see if any of them has the guts to start an investigation into the extravagance they show daily.  Do it before this gets pulled off the internet.
I am willing to bet that if I went into the closet of any Senator's wife I would definitely not find a pair of shoes in there from Wal-Mart.  Okay, I take that back, it all depends on what State they are from, but with the majority (we love that word don't we) you know the bitches are wearing shoes from Louboutin, Dior and Choo.
In 2006, Michelle Obama earned $273,618 and with her husband combined they made $991,000.   Currently President Obama earns $400,000 a year with an expense account not to exceed $50,000.  So if Mrs. Obama wants to spend $635.00 on an ugly pair of shoes, yes they are ugly, then that is her right.
You can bet your ass that if my husband and I made that kind of money, I would own stock in Christian Louboutin. 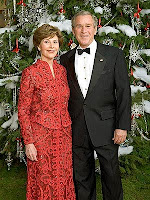 In 2006 First Lady Laura Bush wore this outfit to an event.  This outfit cost $8,500 and the only remark that the media made was that at this same event three other women were wearing the exact same outfit!  There was no mention of cost and there were certainly no emails being sent out about their greed.  I received the email from a friend who leads the group "Americans for Prosperity", I guess it is okay to be prosperous, as long as you are not a Democrat.
If you want support for your cause, please focus on facts and then take the time to thank the Lord that I don't have any Louboutins because there would, without a doubt, be an imprint of my size 8.5 shoe on your Glenn-Beck-believing-ass.
5 comments:

Rielle Hunter has given an interview to GQ magazine along with posing for pictures.  For those of you who do not know who she is, she is the home wrecker mistress of John Edwards who ran for President in the last elections.

One has to ask if posing with all the stuffed animals is to project an image of innocence?  Nice try.  However,  I don't think I have ever seen Barney that happy, not even when he sang the "I love you, you love me" song.

This is my favorite quote in the entire article:

"And, well, first of all, infidelity doesn't happen in healthy marriages. The break in the marriage happens before the infidelity. And that break happened, you know, two and a half decades before I got there. So the home was wrecked already. I was not the Home Wrecker."

Isn't it amazing how a person can justify that what they are doing is okay?  I guess we all do some justifications for our actions, but mine are more in the department of "Christian Louboutin is having a sale and I have to participate!" or "That bitch slap you just received was justified because God told me to do it."

No honey, you weren't the home wrecker,  you were the distraction to him NOT working on his marriage. Hope you get to keep the stuffed animals as those will be the only things you have to cuddle when the next "but we have such a connection" babe comes along. 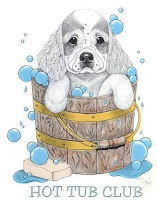 Lately there have been many stories on people making 'mistakes'.  To me a mistake is writing 2009 on your check instead of 2010, putting the wrong time in your day planner for your hair appointment or adding too much salt to your spaghetti sauce.

Climbing into a hot tub with a 15 year old, naked, drinking alcohol and paying her $150,000 for her silence, is not a mistake. It is poor judgment flavored with a huge dose of arrogance.  At what point did he think that taking a 15 year old, who was his employee at the time, to a private location for some hot tubing and imbibing in the forbidden juice, was okay?

Our State Senator chooses the last day of legislator to confess his 'mistake' to which our State Legislators, at the end of his speech, gave him a standing ovation.  You can see this on You Tube and I don't care what their excuse is, it makes you sick to watch these men and woman applaud a man who has just confessed his indiscretions with a 15 year old girl.  The spin is that they were showing him support, my theory is, they were happy that the 15 year old was not a boy!

I am sad for his family and most of all his wife, who sat by his side as he gave the speech.  I think more woman need to take the stand that Jenny Sanford took when her husband, Governor of South Carolina, did his dog and pony show.  She chose not to be there.

When you choose to be a part of an ethics committee for a State and yell the loudest about alcohol and gays, do a mental inventory of your life and know that when you fall there will be many people to sneer and remind you of your pious previous self.