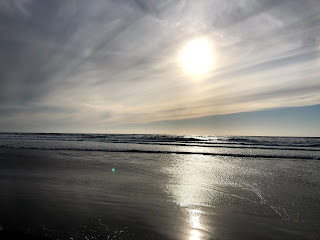 I remember this phrase “Sticks and stones will break your bones, but words will never hurt you.” so well as we were taught it in elementary school, a feel better phrase when you reported someone bullying you to your teacher, a phrase that is a brush off because you’re wasting their time and that is the best they could come up with.

Growing up Portuguese we were always a part of the joke, “Hey Nubian, why does your brother have a mustache? Because he wants to look like your mother” and the jokes went on. I was made to feel less than and that it was somehow a privelege when I was invited to a friends house. I was 17 when a friend’s father told me I was nothing and would be nothing. A man who beat his wife regularly and his children feared him, a bully.

I have always tried to deflect people’s unkind words, they do hurt, but I try and envision the water on a ducks back, I take a few deep breaths, and move on. Just a little thicker skinned.

I recently learned that someone I have known for a long time, made a terribly derogatory comment about me. It hurt. The comment implied that I was of loose morals. I cried. I cannot think why this person would say something so hurtful, and I guess I will never know what caused that venom to spout from their mouth.

I never understood the teachers who were cruel to us growing up, the friends who snickered and made jokes, the whispers in the village about ‘those Portuguese children’. I never understood why we were targeted, what had we done wrong? As I get older I have a better understanding as to why. How miserable someone has to be that they tear anyone down in order to make their little chests puff out and strut around letting everyone know of their self importance.

I truly am blessed to have a mother, one of the strongest women I know, who is incredibly wise, who has always kept the family bond tight and taught us to always hold our heads high.  My sisters and brother who are my rocks and are prepared to wrap me up in a blankie and take on my fight. My husband and son who softly talk to me to calm me down as my Portuguese blood starts to boil and my hands start moving as rapidly as my mouth.

As I sit here writing my blog and trying to think of why people are cruel I remembered something my mother always said to us growing up “We don’t have to keep up with the Joneses because we are the Joneses.”

I told you my mother was wise.